Two to three months of quarantine due to the global pandemic will test the strongest of relationships. Even people who have wonderful marriages are concerned their spouses may drive them crazy by the end of it.

Instead of that worry, I want you to improve your marriage, by imagining as emerging from self-isolation this summer with a marriage that is stronger than ever before.

You can strengthen marriage by following a few inventive steps to a better marriage.

I know because I’m a divorce mediator. I’m also a divorce coach, where I focus on keeping couples from needing a mediator. Every day I see the ways couples take their relationship for granted, and what they can do instead to strengthen their bond.

Here are five tips to improve your marriage, feel secure in your marriage, overcome emotional distancing in marriage and keep a marriage strong throughout the COVID-19 isolation and avoid the “last straw” syndrome.

Here’s the ultimate rescue plan to improve your marriage

There are times, even in the happiest marriage, when your spouse annoys you or makes you angry.

Feeling these emotions is healthy.

Using criticism, defensiveness, contempt, or stonewalling to manage your emotions will make an already tense situation worse and thwart your attempts to improve your marriage.

The other day a friend called with a story that I think provides a good illustration:

Her husband offered to go to the store to get provisions. She assumed that meant he would come home with milk, bread, and (if lucky) toilet paper. Instead, he came home with two gallons of olive oil—which they didn’t need.

She realized she had a choice that could have a long-range impact on her marriage during (and after) the quarantine:

She chose the second option because choosing the first option would have been a fast route to my office. In choosing that option, she was also practicing tip.

Before you get upset with your spouse, try and put yourself in their shoes by practicing compassionate empathy.

Emotional Intelligence expert Daniel Goldman says: “With this kind of empathy, we not only understand a person’s predicament and feel with them but are spontaneously moved to help if needed.”

My friend realized her husband’s response had to do with his fear and inability to “control” the situation. For some reason that came out as deciding, they needed gallons of olive oil.

When practicing empathy, keep in mind that everything your spouse does during the quarantine will likely stem out of how men and women approach stressful situations. This insight will go a long way if you want to improve your marriage and circumvent unnecessary relationship drama.

Men are problem solvers or fix-it guys. They are looking at the big picture. They are likely staying completely up-to-date with the news and the economic situation. They may be making big gestures and taking on big projects as a way to protect the family.

Women do what needs to be done right now. They likely don’t want to look at the big picture because they’re taking care of the immediate details. They’ll be listing everything that needs to happen right now.

3. Understand that your spouse is scared too

Everyone is scared right now.

Everyone. Even if they don’t say it and/or pretend they’re not. Fear comes out in many ways, and despite the right intent to improve your marriage, both you and your spouse will experience one, or maybe more, of these typical emotions:

If you notice your spouse is acting extremely in any of these ways, pause before you say anything. This is likely how their fear is showing up. And remember, you may be reacting this way yourself. Work on noticing how both of you are reacting, and possibly overreacting, to normal situations like doing the laundry, cleaning the house, noise levels during work hours, and so on.

4. Know this is a big test your relationship

We are living in an incredibly weird and frightening time, and that makes it the biggest test your marriage has ever had—and will likely ever have. To intentionally improve your marriage, communicate about what you need, and give your spouse space if they need it.

5. Be a good listener to your partner

Talking about your needs is important. Listening to your spouse is equally important.

If your spouse says something that annoys or upsets you, don’t respond immediately. Take the time to understand your response—are you under- or overreacting?

This is a good time to start journaling how you feel, what you think, and how to respond.

Marriage is an adventure. Practicing each of these five tips will improve your marriage and strengthen the love bond more than you ever thought possible. 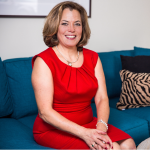 Robin Graine, JD, CDFA® is a veteran divorce coach and divorce mediator I help people determine whether their marriage is worth saving or not. I have been in the divorce business as a coach, lawyer, mediator, and Certified Divorce Financial Analyst for nearly 20 years. I know how hard this can be. I am also a divorced mom and had to rebuild my life after being a stay at home mom for many years.